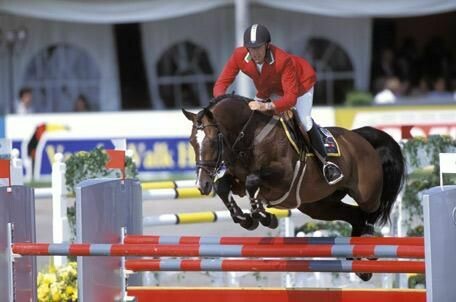 He was bred at the famous Zangersheide stud, later he was a successful breeding stallion in Ireland, used to improve the "scope and step" of the traditional Irish mares. He produces correct foals accredited with natural talent and scope.

He himself had a very successful international career with Italian showjumping rider, Jerry Smit, with his greatest achievment taking part in the 2000 Olympic Games in Sydney. They also won the Pulsar Crown competitions at Valkenswaard and Cannes, and participated in the WEG in Jerez in 2004.

Throughout his career, this amazing stallion amassed over 1 million euros in prize money.

His sire Lord Calando is a brother of the infamous Carthago Z, and his damline is also responsible for the well known influential stallions, Caletto I & II. He has produced a host of top level grand prix horses in addition to Lux, including Locando, Lord Castro, Rubynea, and Lennart Z, as well as licensed sons Lordship, Lacantus, and Lord Cantus.

Lux is descended from a very successful strong damline. His dam Apocalypte is also the dam of his licensed full-brother, Lux II Z, and the grand prix jumping mare Gismo Z. Her daughter Lystria produced the grand prix Andiamo daughter, Usrava. In the damline we also have top level sport and breeding horses such as Cassini Gold, Colombus van de Helle, Cambito van de Helle, Empire, Heechhiem's Cancun VDM, Latino 125 as well as Caretina de Joter and Loreana, who both ranked inside the top 60 on the world rankings.

Lux's descendants are very much in demand; he has produced more than 50 grand prix jumping horses to his name and several top-class event horses including H&M Tornesch, Non Stop R Lupicor, Luxana, Special Lux and Utascha, some of the offspring who have jumped at grand prix level.

In eventing, he is sire of Fernhill Fugitive who ridden by Philip Dutton was part of the gold-medal-winning eventing team at the Pan Am Games, as well as finishing 10th individually. They also have numerous successes at CCI4* level, including four top-20 finishes at the Rolex Kentucky CCI. 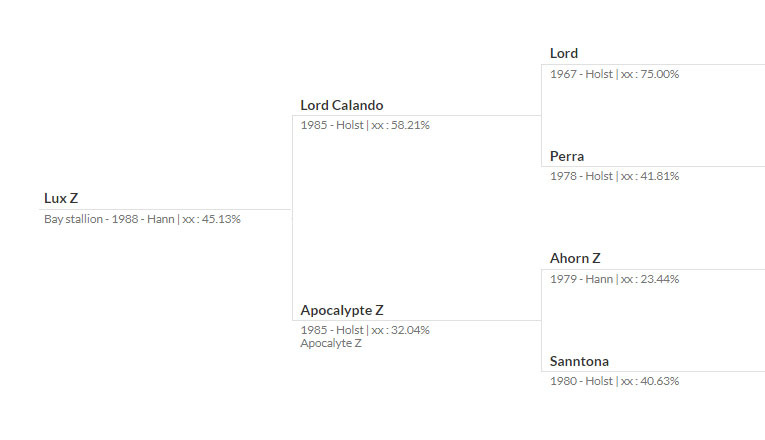