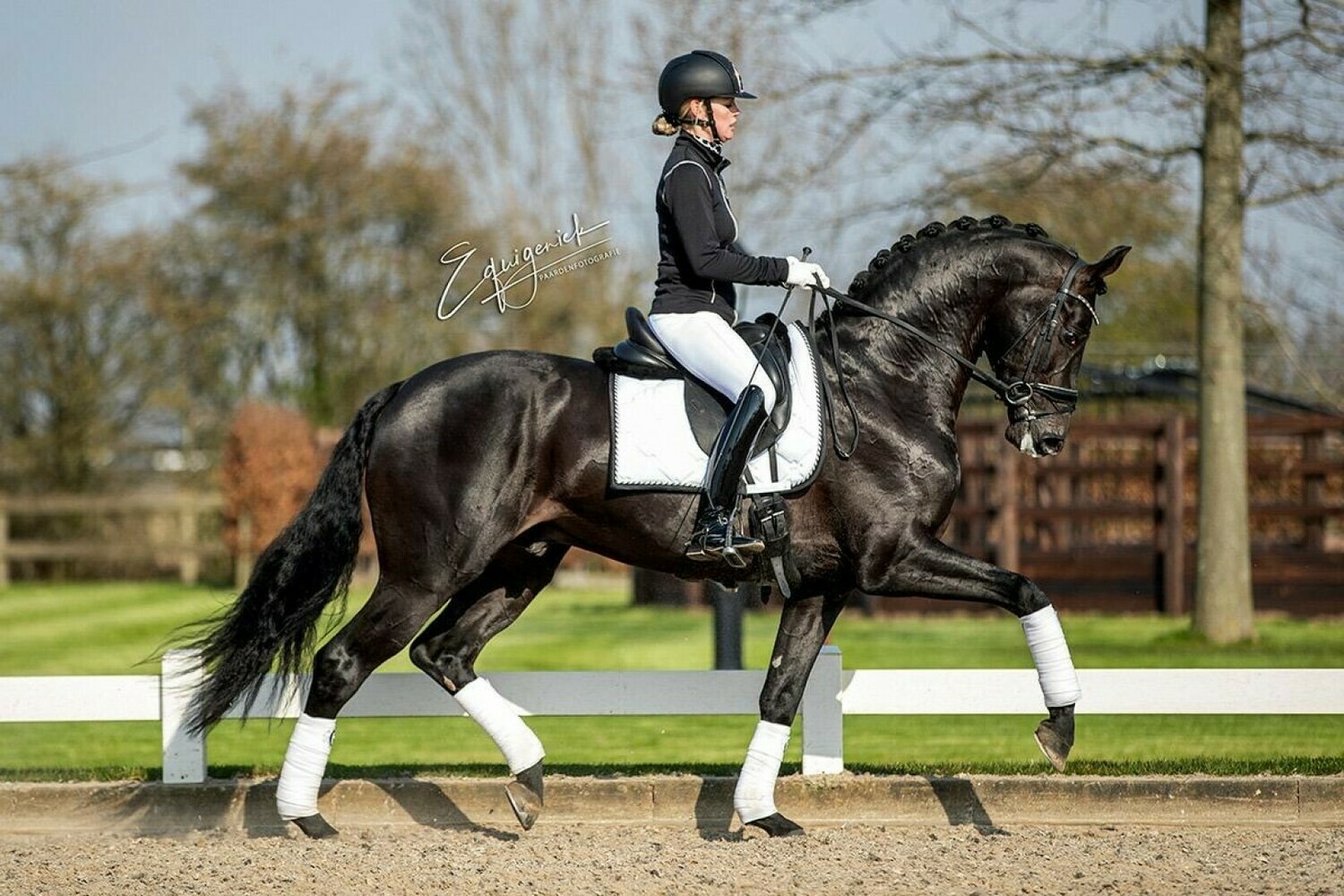 2021
Fürst Dior performed very well with Renate van Uytert-van Vliet in the free practice on Monday and in the competition test, receiving praise from the jury. On Tuesday with the test rider, his transitions from walk to trot were somewhat quick, as well as from trot to canter. He still earned a very nice final score of 8.28 points. Trot 8.8 - Canter 8.3 - Walk 8.0 - Rideability 8.1 - Overall impression 8.3.

In 2020, Fürst Dior produced a good group of foals. They often look like Fürstenball and grandfather Sir Donnerhall. Average they have a nice rise in movements and a nicely conformed hindleg. They all have a beautiful dark color and a lot of front. Many of his offspring have a very good walk.

2020 Sport test winner in Münster-Handorf with a very good score of 8.83

In the World Cup competition for 7-year old dressage horses, Fuerstenball had at three offspring in the finals:

Dam sire Sir Donnerhall was reserve-world champion and is a top-10 WBFSH stallion. For many years, Sir Donnerhall offspring have dominated the Bundeschampionat in Warendorf. Sa Coeur became world champion under Eva Moller in the 5- and 6-year-old dressage horse competitions.

Fürst Dior’s dam line includes a diverse group of German M through to Small Tour levels. This mother line has produced several approved stallions such as Dream Rubin, Self Control, and Nairobi. The 5th generation includes Welt AS that sired Olympic horse Bonfire.

Both his descendants and Fuerst Dior himself present quality and talent. Fürst Dior is very willing to work. When you see him under saddle as 3-year old stallion, he looks very special, and we anticipate a great future for him.

Furst Dior is collected Monday, Wednesday, and Friday each week and these days are subject to change - please confirm prior to ordering. Orders must be made by 8am latest the day before you require the semen.