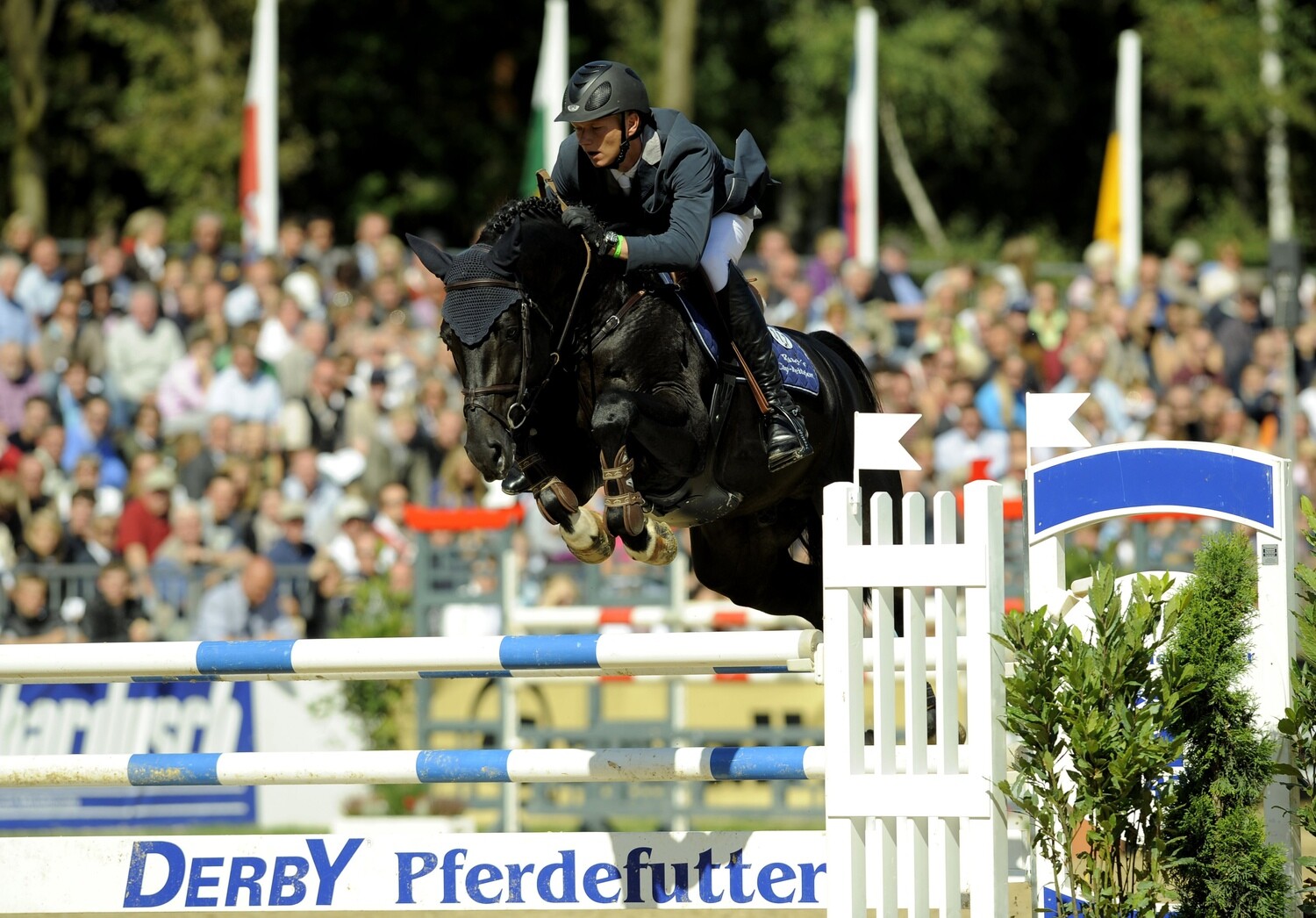 Diarado is one of the most popular and highest-ranked stallions in Germany, he stands out with his jumping ability, he has superior scope, a willingness to perform as well as manoeuvrability and intelligence, attributes essential for todays showjumpers. He also is a popular sire of eventers, passing on his beautiful and correct type and conformation, which is so important for long-term soundness and durability. He is listed in the top 10 BE Database for producing event horses.

2019
In 2019, the Diarado offspring really broke through in international showjumping. At the W.K. in Tryon, his 9-year-old son Don Diarado won the Bronze Team medal under Maurice Tebbel. Dicas won the SAP prize under Margie Goldstein-Engle during CHIO Aachen. Roelofsen Horse Truck Eldorado S and Diablo Z are very successful among the famous Dutch riders Jeroen Dubbeldam and Leon Thijssen. Black Pearl with Pénélope Leprovost won CSI Deauville. Daniles Jack S has already won countless Youngstar tours under Wiesbaden, Munich and the Peelbergen under Michael Jung.
2018
Offspring of Diarado make more and more of an impression. They are nice horses to ride with the right attitude. His oldest offspring will be nine years old in 2018. His first 6 offspring are already competing at 1.50m level. 17 start at 1.45m level, 41 at 1.40m, 38 at 1.35m and 52 offspring at 1.30m level.

Bundeschampionat 2017 was won by 5-year-old show jumpers by Diaron (pl. Come On). This Oldenburg stallion was ridden by Patrick Stühlmeyer for owner Paul Schockemöhle.

Reserve champion of the 5-year-old sprint horses was DJ (Diarado x Loran), bred by Gerd Carstensen from Hørup and ridden by Teike Carstensen. Among the 6-year-old jumpers, 2 Diarados finish in the top 15.

Bundeschampionat 2015; here the best selected offspring compete against each other in the studbook. In total, 135 jumpers of all studbooks from Germany were qualified with the 6-year-old jumpers. Ciarada (Diarado x Quite Capitol) finished in 9th place, bred by Jürgen Börnecke from Neumünster and presented by Ann-Kathrin Kock. Diego de Semilly (Diarado x Colman), bred by Cornelia Asmussen from Nordstrand and presented by Tino Bode, won the qualifying test and finished 15th in the final. In the final for 6-year-old eventing horses, Delicious Delight (Diarado x Claudio's Son) finished 7th under Anna Döring-Rössler. This Diarado daughter is bred by Eckart Gutowski from Porta-Westfalica.

Diarado has already approved 33 sons, including several premium stallions. Diarado also delivered the winner of the Hengstleistungsprüfung in Adelheidsdorf, Diacontinus (pl. Contendro I). One of the very best 6-year-old jumping stallions in Holstein is Dinken (pl. Cassini I).

Diarado performs very well under his rider Bastiaan Freese at national 1.40 / 1.50m level in Germany. Diarado was Siegerhengst, HLP champion in the 70-day test with a dream score of 150.57 points and he won bronze at the Bundeschampionat in Warendorf. This can be called unique!

He is available with a Live Foal Guarantee 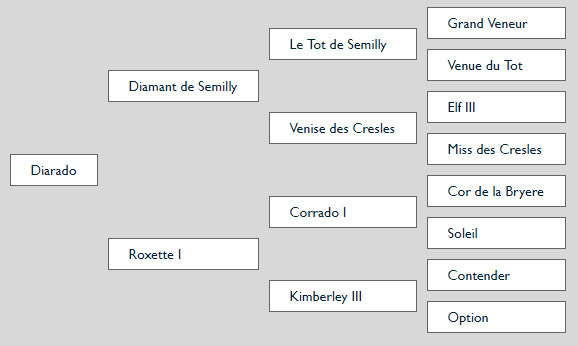